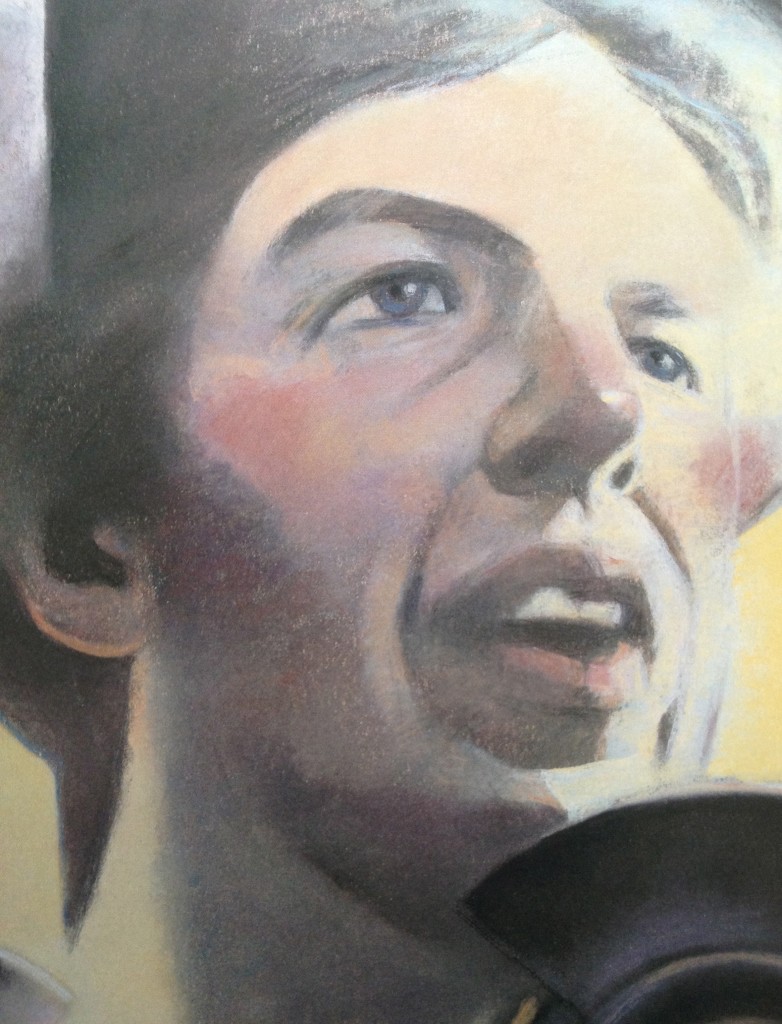 My husband threw down the F-word the other day, right in front of our six-year-old son.

Jack and I had just gotten back from the library, and we were sitting at the table reading together.  My husband walked in and caught a glimpse of what we were up to.

That’s when he let it fly.

“There you go again,” he said. “Pushing your feminist agenda.”

“Damn straight,” I said, and he and I both laughed.

Now, just in case anyone’s unclear here, my husband is a big fan of strong women.  (He would say, “I married you, didn’t I?’) And if I have any say in the matter, I hope to inculcate the same excellent quality in Jack. Hence the books that have been coming home with us from the library these days.

It’s one of the things I like best about homeschooling: the freedom to include, and even privilege, certain kinds of books, certain points of view.  Like the point of view that women have had an important role in history.  Radical, right?  I know!

This is not to say Jack is always on board for whatever I might like to expose him to.  I’ve learned the hard way not to try and push him to learn things he has no interest in.  (Yes, I AM aware I just ended two sentences in a row with prepositions.  There’s another one in an earlier paragraph, too.  Deal with it.)

Luckily for me and my “feminist agenda,” Jack loves history, AND he loves women.  (In fact, he’s had a kind of swoony eye for the ladies since he was a baby. I’m not kidding, he used to say “Hi” in this rapt, flirty way to pretty young women when he was a year old—but that’s kind of a separate issue.)

Jack will happily tell you about women’s suffrage, and he seems genuinely excited about the likelihood of woman President in the near future.

I’ve got to give a lot of credit for his forward thinking to some excellent picture books we’ve read.  (Thank you, public library!)  And since March is Women’s History Month, I’ve decided to honor a few of our favorites here.

Filled with beautifully painted illustrations and moving text, this biography follows Eleanor from her lonely childhood to her adulthood as First Lady and a political pioneer who cared deeply about inequality and ordinary people’s suffering.

I’ll admit it.  I fell in love with Eleanor reading this book. (I also, um, got something in my eye as I was reading.)  Here’s just one of the many reasons why: 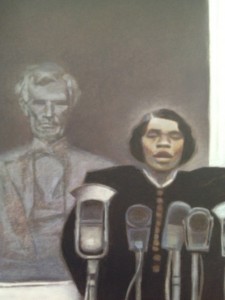 She resigned from the Daughters of the American Revolution when they refused to let Marian Anderson sing in their auditorium.  Then she organized a concert for the great black contralto at the Lincoln Memorial, which was attended by 75,000.

Eleanor urged women to get into politics—and stay in.  She met with coal miners and sharecroppers during the Depression.  She visited the bedsides of countless injured soldiers during World War II.  She spoke out against Japanese internment and anti-Semitism when it unpopular to do so.

She had more than her share of struggles—her mother thought she was ugly, her parents died when she was ten, her mother-in-law was oppressive, and her critics dismissed her as a “do-gooder”—but she was guided by an intense will, deep compassion, and the strength to stand up for what she believed in.

Here are just a few of her quotes:

“Do something every day that scares you.”

“Do what you feel in your heart to be right—for you’ll be criticized anyway.”

“I have never felt that anything really mattered but knowing that you stood for the things in which you believed and had done the very best you could.”

I don’t know about you, but that’s pretty much exactly what I’d want any child—son or daughter—to learn.

Next up in the series:  Maggie Gee, female Chinese-American pilot in World War II!